In times when I cannot devote all of my attention to writing, my mind still likes to dream and wander through my creations. Recently I have attempted to take some of these visuals out of my mind and make them real.

This painting is the image that will be on the cover of my work. Of course, when it is ready to be brought into the public, someone who is much more capable will create the image and format it, but I couldn’t ignore the urge to try and extract it from my mind and bring it to life. This painting illustrates the idea of souls condensing and gathering like a cloud, and its natural tendency to precipitate back into life, back into the various experiences among the cosmos. As the story shows, the cycle continues, as does the ascension of the soul in this process.

I’ve also recently created a Facebook page, which I am grateful for having, as I’ve been able to take a more spiritual approach to it that I felt I could not do on WordPress given the audience, and the kind of posts I wanted to write here. If this is something you might be interested in, please like and share: https://www.facebook.com/Metanoiasouls/

People often ask me where the name of my website “iridescent souls” comes from. It is not something that I chose simply because I like the way it sounded or for the unique ring it has. It is actually an intrinsic part of Metanoia, the novel I have been writing.

Something drew me to the concept of iridescence long before I began writing Metanoia in 2013. For reasons unknown, I found the word strolling through my mind without cause. I suppose some writers have a fondness for certain words as a result of their love for the craft, but this didn’t provide a full explanation for me. I felt close to it. Something about it resonated with an unseeable chord. Perhaps it was because I thought it was beautiful, or intriguing, or maybe both. Recently, I had tried to put it into words in the journal I use for novel/blog synthesis:

“It’s this scattered, multifaceted energy that I experience in moments of clarity (ironically). One day I feel as though I could collaborate with graphic artists to make some of my ideas for illustrations and music videos a reality. Another day, something at school inspires me, and I want to apply for a grant to investigate environmentally friendly bottom paint for boats. Another day I am daydreaming about Metanoia, or numerology, or quantum physics and the holographic universe. But as I go from one moment to the next, it is not just the thoughts that shift and flicker, but also a state of being that transitions. It’s almost as if I tapped into some sort of frequency that has several different hats, all of which lead to a creation. Each phase resonates a different wavelength, but comes from the same source, like a rock that is fragmented and cleaved to sparkle with several different colors, depending on how you look at it.” 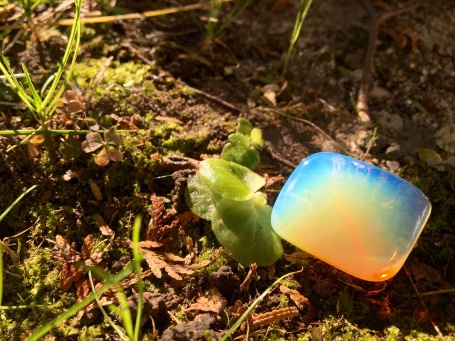 Is this a personality disorder, or a symptom of the path I’ve taken in 2013, which is open to a limitless potential, pursuing the goal of a personal ascension?

When the story came to me in a huge rush from beginning to end, with the intricate overlying concept weaved through it all, iridescence found a place in the scheme. In Metanoia, iridescence has its own unique place in a  categorical system of souls. It is described as the medium that exists between two worlds: that of the angelic realm, and what I call the ‘soul collective’, which includes nearly everyone. This space is an area where the soul has no specific role, and sort of drifts through existence in an uncharacterized way. When the soul incarnates, they can’t help but find themselves outside of the norm, either by choice or physical circumstance. They float around in this in-between reality in which theres no true label to cling to, or no one designation to belong in. They simply be. As a result of this, their perspective exceeds that of the interpersonal, day-to-day existence. They’re pushed into a standpoint that encompasses the bigger picture, becoming a bystander that watches from the outside, and experiences a completely different truth as a result. It is no better or worse really, just different.

I suppose this creation of mine is a projection of how I understand the concept of iridescence. It’s a word that doesn’t get a lot of attention despite its potential to invoke interesting imagery and feelings.

This all may sound confusing to some of you out there. I still feel as though there is a part to all of this that is uncommunicable. However, I did the best I could. Perhaps one day I’ll be able to pin it down more into something easier to understand.

As always, thank you for reading and joining me through all of this. If this was interesting to you, or you have something you’d like to share, don’t refrain from doing so. I wish everyone a lovely week, and don’t forget to embrace your own unique iridescence.

Sometimes success is a milestone, and sometimes success is removing the word “possible” from the prospective notes of your future novel. For me, this was a note of a minor detail that is far off from what I am currently working on. But now I know that the plans I made for this part are solid, and no longer needed it. So “(possibly twice)” became “(twice)”. I make these adjustments in small increments over time, and they accumulate. This whole endeavor feels like its taking forever, or feel like it will take forever. So this is why I am saying this today, that success can be a milestone, or erasing a word from your drafts. Milestones are born out of these events anyway, aren’t they? 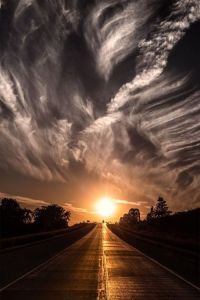 Is this what writing a novel is like for everyone? I can’t imagine J.K. Rowling knowing every single detail of her glorious series as she sat down to write The Sorcerer’s Stone. No. It is exactly what the quote suggests. It is operating a dream space that can only be illuminated and seen once you begin the journey and go there yourself. She did not not where she was going, and yet she knew she had to do it.

It is happening to me right now. I have been working on this project for a long time, and have finally entered the stage of execution. Plans are set. Countless days have been spent dreaming up ideas, asking the ether questions about what to make of my story.

Although everything isn’t entirely in its place, it is now demanded that the ideas be put on paper, to manifest out of the invisible atmosphere and into reality. It’s time to fill in the spaces I have not been able to ascertain, and although I know what direction I’m going in and a vague understanding of the destination, I have no idea what I’ll encounter on the way there, or what new insights I will come upon when I finally do get there.

What is interesting to me is that life also feels like this. We don’t know where we’re going, but we make a decision once we get to a certain check point, and so the story goes, as if we were the authors of our own lives. As if our life was a creation in it of itself.

Wish me good luck, and safe travels to you all. 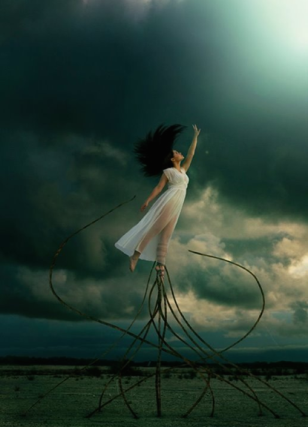 My recent posts have been directed away from myself and more towards a bigger picture, and will continue to do so for the most part. However, I wanted to add something more personal to try and illuminate my motives and where some of these thoughts have come from.

A little more than a year ago, I came up with an idea for a novel that has consumed my thoughts outside of my academic studies. While it is many things, its main focus is centered around the journey of the soul, ultimately taking my mind down many different avenues that I just now feel willing to share.

My story, which I am calling Metanoia, is the result of an intersection of a few interests. These are science, spirituality, and the study of numerology (how numbers effect ourselves and the world around us). The imaginary world I have created has sprung from these three things, and where my mind will be over the course of these next few years.

The novel consists of 9 parts, each being an entire lifetime. I recently finished the first life, and have been gearing up to write the next, hopefully finishing it by the end of this summer. With my current plan, I will be able to finish Metanoia in four years. Im looking forward to documenting this journey here, and am excited to see what becomes of it. As I wrote in the conclusion of my first journal dedicated towards Metanoia: “I am seeking with all my heart and mind, something that can be taken from the things I perceive every day. I am waiting for the needle and guidance behind the pattern of the stitches holding this fabric together to reveal itself” 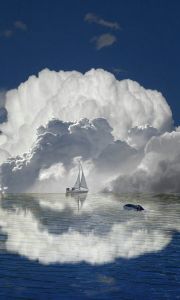