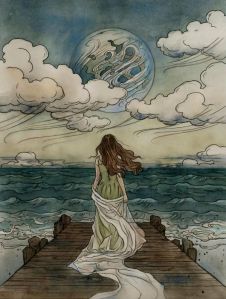 When I was 9, I would write stories about magical rings that washed ashore on beaches, unleashing unknown truths of magic onto the right person who found it. When I was 12, I wrote a story called Tetris, which was about how issues we come across in life sometimes do not fall in the most convenient way with their varying shapes and placements, creating a wall of clutter we thought could be avoided, but had little control over. When high school came there was no time for inspiration or creativity. The world of exams and applications meant there was one right answer and one wrong, and being wrong was the worst thing possible. I took to understanding the world instead, becoming very interested in sciences like biology, which satisfied my need to know how and why life is the way it is.

When I made it to 19, I was distraught from not ending up where I wanted to be despite my hard work and cooperation. School no longer satisfied my questions and tests brought more lies into my life. I began to retreat into my old self, which never really got turned off, but only turned down to a lower volume so that I could carry out what was asked of me.

I realized recently that my fourth-grade self was a lot braver than I am now, who used to read what she created to the class. I could never do anything like that today. Reluctantly, but self-willed, I would get up in front of the room after the encouragement from my beloved friend, Sam. I remember the rough illustrations of a far reaching imagination that littered the margins of my work. Even though I was uneasy, I knew my stories were interesting for a nine-year-old. They held the attention of a group of other nine-year-olds, which was an accomplishment worth noting. My teacher said something I never forgot, that everyone in the class should look for my name on books when we are adults, because I would probably publish some day. So despite my apprehensiveness, I felt good.

Now I am 21, and I want to feel good about the things that I do again. While I’m trying to focus on work and be productive, I find myself falling into random lapses of nostalgia in which I used to make jewelry and sell them at the beach. I fall back on pleasant memories of not just writing, but painting seashells, taking pictures, and fishing. I think this happens to everyone at some point in their life, but for someone who does not like to dwell on the past, it means something. It has been long enough that life’s obligations has pulled me away from this natural self, and I am making it a point to try and get back to it once this semester is over. I encourage anyone who has felt the same to make time for who we used to be before life told us what that was.